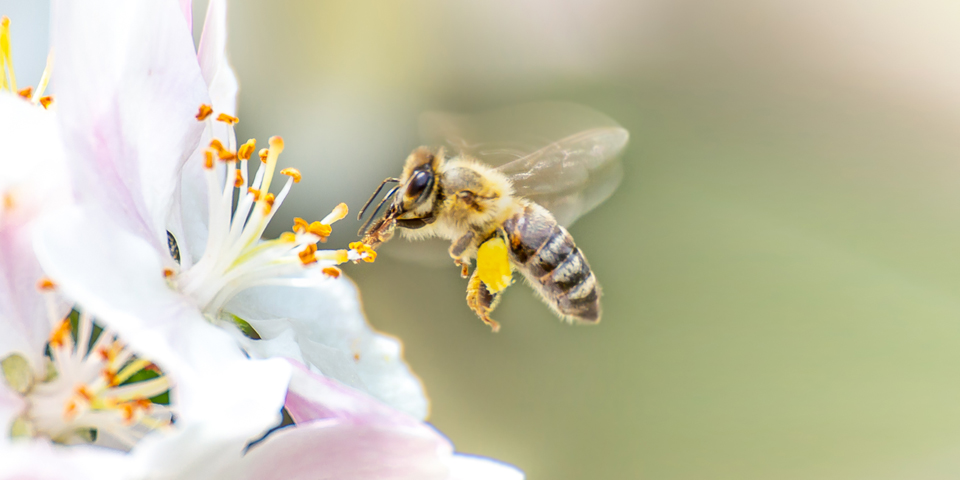 What are some tips for living with allergies to pollen?

Nearly 16 million people in the UK are estimated to suffer with hay fever¹, and although it’s not life threatening, this common allergic reaction can severely impact the lives of sufferers. While most people are looking forward to the warm days of spring, those with a pollen allergy are preparing for the season with trips to the chemist for hay fever relief.

When your body suspects it is under attack from something harmful, it releases antibodies to deal with the threat. In some people pollen is mistaken as a threat, and the body’s response causes an allergic reaction. This can lead to swelling and inflammation in your blood vessels that triggers itching, sneezing, and coughing.

Hay fever is at its worst between the months of March and September when the pollen count is highest, but the type of pollen you are allergic to will dictate when you are most likely to suffer

Common symptoms of hay fever include:

These symptoms will be familiar to long-term sufferers, but did you also know that hay fever can cause a loss of smell, pain around the temples, earache, and tiredness.

At times it can feel like you’ve just got a cold, but unlike the common cold which usually lasts for one or two weeks, hay fever can last for many months.

The internet is full of ‘life-hacks’ for hay fever relief, from applying Vaseline to your nostrils, to treating yourself to a hot curry and drinking chamomile tea. Among these suggestions there are some good tips for long-term sufferers who are looking for advice to help them get through the season comfortably.

It might sound obvious but try to avoid bringing things into your house that contain pollen, like fresh flowers for example. Don’t dry your clothes outside where they might pick up pollen and, if you can, avoid cutting the grass or gardening.

If you’re planning a trip or a day-out somewhere and you’re worried about hay fever, check the pollen count before you go. Most weather reports include the pollen count in their daily forecasts, and the Met Office has a dedicated pollen forecast.

The good news is that there are also lots of medicines available over-the-counter and on prescription that can help to relieve symptoms.  Hay fever relief can include:

Antihistamines are designed to tackle the body’s reaction to allergens like pollen. Taken before you come into contact with pollen as a preventative measure, it can reduce the likelihood of you getting any symptoms at all. There are two types of antihistamine:

Fexofenadine tablets are prescription-only antihistamines, available to buy online from Post My Meds. They work by blocking the effects of histamine, preventing outbreaks of red, itchy eyes and a blocked, runny nose.

One tablet every day can provide up to 24 hours of hay fever relief.

Steroids are a man-made version of a natural hormone produced by the body to reduce swelling. Steroid nasal sprays can help hay fever sufferers alleviate symptoms of sneezing, itching and a blocked, runny nose. It’s common to use anti-inflammatory steroids to treat allergies, and you may have heard of:

Mometasone nasal spray prevents and treats the symptoms of hay fever. It can be used long term or just when needed, but for the best results, we recommend starting treatment two to three weeks before the start of the hay fever season.

Eye drops like Optrex Hay fever Relief are designed to relieve itchy eyes caused by hay fever. One to two drops into each eye, four times daily helps to reduce the familiar soreness, redness and watering triggered by an allergic reaction.

Antihistamines, nasal steroid spray, and eye drops can all be used in conjunction for powerful relief from hay fever symptoms.

Reports suggest that around 40% of hay fever sufferers have asthma and those who don’t are at an increased risk of developing it². This is because the upper part of the airway i.e. the nose where hay fever attacks, is connected to the lower part which leads to the lungs. As well as the common symptoms listed above, hay fever sufferers with asthma might also experience:

If you’re keen to nip your hay fever in the bud early but you haven’t got time for a trip to the chemist, then consider buying your hay fever medication online.

Post My Meds is a registered online pharmacy so you can buy prescription-only medication like Fexofenadine tablets with peace of mind. As with all medicines, it’s important to check their suitability for each customer, so you will need to complete a short online consultation form when placing your order with us.

Our hassle-free process is designed to make buying hay fever relief quick, so you can get back to being outdoors and enjoying everything the season has to offer. Don’t let the discomfort of hay fever hold you back – browse our full range of treatments online.