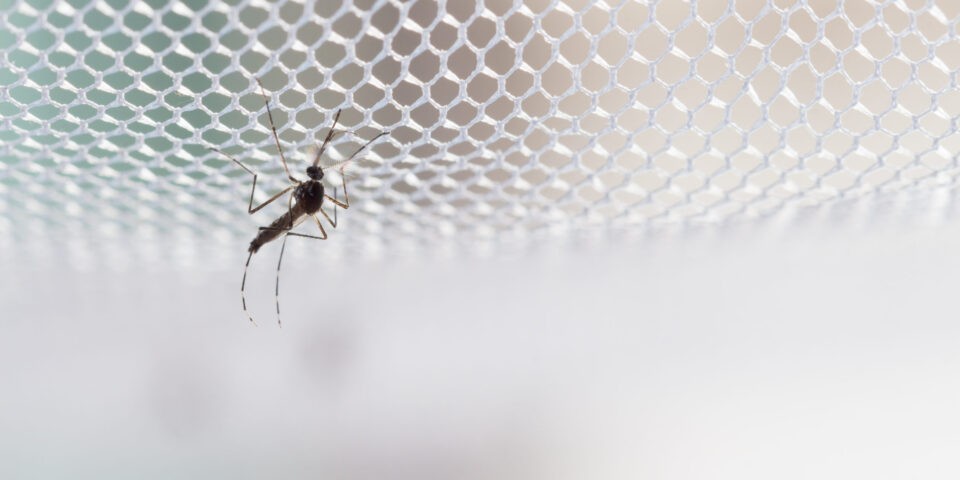 Malaria can be an extremely harmful and even fatal disease that is spread by female mosquitos. A rarer kind of malaria, known as P. Knowlesi can also infect humans but is transmitted by infected animals. Malaria is a parasite that resides in the red blood cells and thus can be transferred via transfusion or the sharing of needles or anything contaminated with infected blood. It cannot be sexually transmitted though the disease can be transmitted from a mother to her baby during pregnancy or birth.

Malaria is so common because of the methods of transmission and the areas that are endemic. This makes it near on impossible to eradicate without a vaccine, although it is preventable and curable. The World Health Organisation anticipates that there were 435,000 malaria deaths in 2017, with the majority of the victims being children under five years old. This is because in high-risk areas, partial immunity is built up throughout childhood but those who contract the disease from a young age have not been able to build up a resistance. As such, the effects can be extremely severe and rapid despite malaria symptoms can vary in severity.

Malaria On A Map

Malaria is known to be present in over 100 countries in the world. That is over 50% of the world, though malaria cases are most commonly found in tropical areas. This includes the majority of Africa and Asia, Central and South America, areas in the Caribbean, areas of the Middle East, some South Pacific Islands.

The Centre for Disease Control and Prevention has a regularly updated map to help travellers identify if there are malaria cases in their region. Please note, despite approximately 200 cases in the UK, there are very few fatalities. Malaria is not present in the UK and all malaria cases occur when someone has travelled to an endemic area.

How To Prevent Malaria

Medication is the most successful method for preventing malaria symptoms and reducing the number of malaria cases entirely. However, these are not 100% effective and can only be said to reduce but not totally eradicate or prevent malaria.

For improved protection, use mosquito nets that are doused in insect repellents, particularly whilst you sleep. Spraying repellent into your room within an endemic area is also recommended. The most effective insect repellent for reducing malaria symptoms will contain DEET. The concentration of DEET will affect how often you should re-spray an area. To help prevent being bitten by mosquitoes, you should also stay covered up when in an endemic area, particularly in the evening.

What Are The Symptoms Of Malaria?

Malaria symptoms do not occur immediately after transmission, whether that is by needles or mosquitoes. In fact, it can take anywhere from 7 days to 1 year for signs of malaria to appear in infected people. This means malaria can occur in travellers who have returned home from an infected country. The length of time between infection and malaria cases can depend on the type of malaria.

Malaria symptoms vary in severity, but these can occur or worsen rapidly:

As a result of malaria symptoms, as the disease escalates other conditions can occur, such as kidney failure, seizures and cognitive breakdowns. This is because the parasite that is transmitted invades red blood cells, impacting their ability to move oxygen efficiently around the body.

For p. vivax and p. ovale malaria, it is also possible to relapse.

Is There a Malaria Vaccine?

Currently, there is no malaria vaccine. However, studies and trials indicate that medication can protect children against the most common type of malaria in Africa. This medication would be administered annually for four years in young children. This vaccine will be trialled in three affected countries in 2019. The cases of malaria in children are anticipated to radically drop and reduce the death rate.

The world health organisation currently has a strategy to manage and prevent malaria cases, malaria-deaths and eliminate the disease totally in 32 countries by 2030.

What Is The Treatment Plan For Malaria

Antimalarial tablets and treatments are available to prevent the contraction and symptoms of malaria for those travelling to endemic areas. The type of antimalarial will depend on the duration of travel and the area of travel.

Malarone – This is suitable for those going on short trips and has an impressive success rate with minimal malaria symptoms or complications. Malarone is suitable for malaria prophylaxis. For prevention in children, it is also possible to get a paediatric malarone.

Lariam – Lariam is often a preferred method for preventing contraction and malaria symptoms as it is only requires weekly tablets, although you are required to continue taking medication for 4 weeks after leaving an endemic area. Lariam is designed to prevent falciparum malaria.

Doxycycline – Doxycycline is a generic treatment to prevent malaria cases as it is broad tetracycline antibiotic. This is the ideal option for those travelling for a long time or to various locations.

Atovaquone/Proguanil – This is a generic malarone but has the same effects.

Other conditions may affect your eligibility for antimalaria medication, and you may also be more prone to severe malaria symptoms if you are pregnant, elderly, very young or weigh under 45kg (because some medications are not as effective).

Side Effects of Malaria Tablets

Modern antimalarials are extremely effective at preventing and reducing malaria symptoms by approximately 90%. Common side effects of the medication can be very similar to malaria symptoms but should be much less intense and will not have long lasting effects.

Common side effects include:

If you experience these symptoms for an extended period of time or feel like they worsen over time, consult your doctor immediately.

It is important to remember that all medications have the ability to cause side effects however, not everyone may experience these. Some antimalarials are generally better tolerated compared to others. In particular, Lariam tablets are known to be more likely to cause more problematic side effects. It is crucial to take an online evaluation or speak to a medical professional before ordering antimalarials. It is also critical you answer all questions honestly as this can impact your suitability for the medication. Serious adverse side effects can occur in extremely rare cases.